This is the time of year to make exciting summer plans for your child, especially for rising juniors and 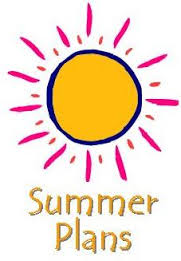 seniors. Colleges expect kids to use their summers productively aside from academics, test readiness, and family vacations. Powerful, creative summer plans reveal leadership and initiative and can help tip a student into a match college. During these tough economic times, many families may feel pressure to spend precious family dollars on summer plans for teens to strengthen their college “portfolio,” or readiness.

However, colleges do not expect you to spend thousands of dollars on summer plans for your teen. In fact, they admire teens that take the initiative to seek out amazing free or low cost pursuits in their communities. Working at Starbucks or a local cupcake bakeries also reveal strong work ethics. Nowadays, kids who go overseas or who do elite private programs can seem privileged. Also one time events can sound staged and not authentically connected to a child’s life during the school year.

Local plans are often so much more powerful as kids can continue with ongoing projects and build on activities that can extend into the school year. Students going into competitive field majors need to show they have some exposure to the field, and summers are often the best time to do some exploration, because students have such busy lives during the school year.

Always remember, there are so many places that need volunteers in your community. We count unpaid internships as volunteering as students are not getting paid. It is much easy to arrange for “volunteer hours” as many companies and organizations have strict rules about internships for teenagers. The goal is for kids to volunteer or work 100 to 200 hours. Of course, they can do less if they are athletes or if they are doing summer school, but a few hours at one or two little activities do not really help. The more hours teens work or volunteer the better for them to see what the real world is like and to show consistency to a college.

Here are tips for free summer plans along with examples of what real teens have done to make their summers meaningful.

1. Local hospitals, businesses, clinics, and labs can all use free labor. Many have pre-existing volunteer and internship programs. Many will accept teens. Connections can help.

Steven wants to be either a doctor or biochemist. So after 10th grade, he volunteered in a lab at a local university where his mother worked. This led to an original research project that continued through senior year. He also volunteered at a hospital, shadowing a general surgeon for four weeks so he could see the practical side of medicine. This helped him to get into a competitive bio-medical engineering program at a top private college.

2. Parks, schools, and camps all need teens. Many have summer programs for low-income kids and are looking for volunteers. Many camps have seniors as counselors. Some kids even get paid. Some camps run all summer while others run one intense week. There are non-profits like Camp Harmony in LA that offer one-week camps for homeless kids and are looking for volunteers. Deadlines for these camps are often in February.

Sarah loves little kids and for three summers in high school, she volunteered 20 hours a week at a head-start program. That led to her starting a supply drive and beginning to do public speeches about why budget cuts hurt these kids. She also had time to intern for two lawyers and to prep for the SAT. She is now attending a great college that has significant service learning and internship programs.

Sam had attended the same camp for eight years. The summer between junior and senior year he was

a counselor for two four-week sessions. He had such a profound experience with several international campers that he wrote a great college essay about the power of communication. He got into several top public universities with great communications and language programs.

3. Many businesses, non-profits, and political campaigns want talented and passionate kids for the summer. Use your contacts to help.

Kenny wants to go into business. He spent one summer interning for a major restaurant chain and then did an internship at the United Way. He also volunteered for his dad’s international importing company. As a result, he had so much to write about in his applications to colleges with international and social entrepreneurship business programs.

Four years ago, David volunteered for a presidential campaign and spent 100 hours helping register new Americans to vote. He also spent 100 hours at the local Veterans Hospital helping to transport medical equipment. Both gave him unique experiences with different kinds of organizations and people. He is now a political science major at a top mid-western college.

4. Self created projects. Many kids have ideas about volunteer projects but need the summer to plan them.

Sean wanted to start a peer-counseling program at his school. He spent the summer with several friends planning the program, getting trained by a school counselor, and implemented it the following year. A varsity basketball player, he also spent the summer practicing with his school and club teams. He is now a psychology major at a top state college.

Virginia wanted to expand her work as a local representative for an international relief group. She had helped to start the chapter at her school, but needed the summer after junior year to help expand its work, start planning some major fundraisers, and attend some free conferences. She also took a sociology and social welfare course during the regular summer sessions at UCLA as well as continued her volunteer work at a local soup kitchen.

Adam wanted to start a new chapter of a major neighborhood non-profit. He spent one summer helping to start the chapter, and the following summer doing several major events. He was named to regional boards and continued his work throughout senior year. He received a presidential community service award and wrote his common application essay about a unique learning moment that occurred at one event.

for career exploration and humanitarian development. Staying local is also great for kids who want to start prepping for standardized tests, take local courses, and continue with artistic or athletic development. There are so many possibilities for your teens in your area. So now is the time to start the summer planning as these endeavors take time to arrange. Yes, we understand kids need to relax and get rejuvenated during the summer, but the summers are long and the more competitive the college, the more that college will expect applicants to use summers in meaningful ways.